The Belmont Democratic Town Committee, also called the Belmont Dems, is a local, grass roots branch of the Democratic Party. We advocate for long-standing Democratic Party ideals, such as high-quality public education, universal access to health care, environment protections, a reduction of income inequality and equal rights and opportunity for all. Read more.

Former BDTC member and longtime political activist held a fundraiser for Secretary of State Candidate Josh Zakim, with many BDTC members in attendance.

Belmont residents Bonnie Friedman and Dave Merfeld held a fundraiser for NH Congresswoman Annie Kuster, with a special introduction given by Congresswoman Katherine Clark. There was a large crowd of Massachusetts supporters, including many BDTC members! 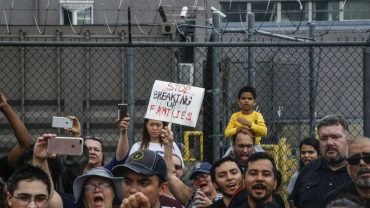 Crisis at the Border: Action Steps We Can Take
in
Blog
1 comments

I’ve been struggling to come up with circumstances at which children have been wrested from their parents, for reasons other than physical or mental abuse. My list includes, but is not limited to: the Holocaust; slavery; removing American Indian children from their homes; boko haram; abduction of Aboriginal children. Now we have Trump’s administration forcibly taking children from their parents and into detention centers where they are not allowed to be touched, hugged, or kissed.

For many of us, there have been “red lines” all along–when Trump mocked a disabled reporter, bragged about grabbing women. He is demanding billions spent on a wall, bent on destroying the environment and education…it’s an endless list of horrors.

But seeing children taken from parents has gutted me–and I know you share my anguish.

So what to do?

There have been many “Families Belong Together” rallies throughout the country, including a march led by Texas Congressman Beto O’Rourke, who is running against Ted Cruz.

But for those who couldn’t make it to a rally, I put together a list of action steps we can take today. If you know of others, please let me know!

Pressure elected representatives. There are several bills and resolutions that would prohibit family separations, including the Senate Democrats’ Keep Families Together Act and the Fair Day in Court for Kids Act.

To find your representative, look here and your senator here.  It is not recommended to call out-of-district as elected officials are generally interested in hearing only from their constituents. If you’re lucky enough to live in a blue state (thank you, Massachusetts), calling to yell at Paul Ryan would be a waste of time, but please share with relatives and friends who do live in red or purple states!

When you do call, state your name, that you are a constituent, and are opposed to separating families at the border and you strongly encourage the representative to oppose what is happening/support one of the bills prohibiting forced detention.

This came from a California activist:

We now know the names of two contractors that are coordinating these child concentration camps.

Here are the emails for General Dynamics’ PR team’s (h/t Shannon Coulter at Grab Your Wallet) – as she says, we’re going to make them work for their paycheck:

It has come to my attention that your business is holding immigrant children in jails.

They are children and asylum seekers. They should not be separated from their parents and they shouldn’t be in concentration camps.

Please ask your leadership to back out of this contract as there is no way to justify this.

And this from Shannon Coulter: Phebe Novakovic, CEO of General Dynamics, has a lucrative contract with the Office of Refugee Resettlement. Her email address is pnovakovic@generaldynamics.com. Bombard her with emails! Also, follow @shannoncoulter for important information about companies doing business with these concentration camps.

READ THIS about a proposed Texas warehouse that would house thousands of immigrant children.

I’m a strong supporter of Jay Gonzalez, but I know all of us Dems will work together to ensure we have a Democrat in the State House come November.

>Eight critical groups have mobilized to protect children. ActBlue makes it easy to give to the ACLU and other organizations fighting for kids. Please give as generously as you can!

I can’t think of a time when I’ve been more despondent over our future. The sliver of hope I’m grasping onto is that Republicans have also begun to decry what’s happening.

If any of you want to get together for coffee/drinks/hugs/group therapy, my door is always open, you are always welcome.

Let’s use our communal strength to get through this, to fight for our future and for those families. 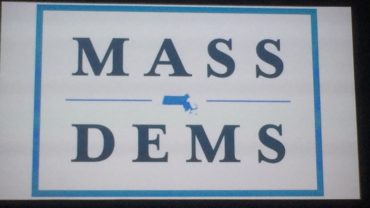 Stay tuned for ways in which we will work to elect a Democratic Governor. END_OF_DOCUMENT_TOKEN_TO_BE_REPLACED